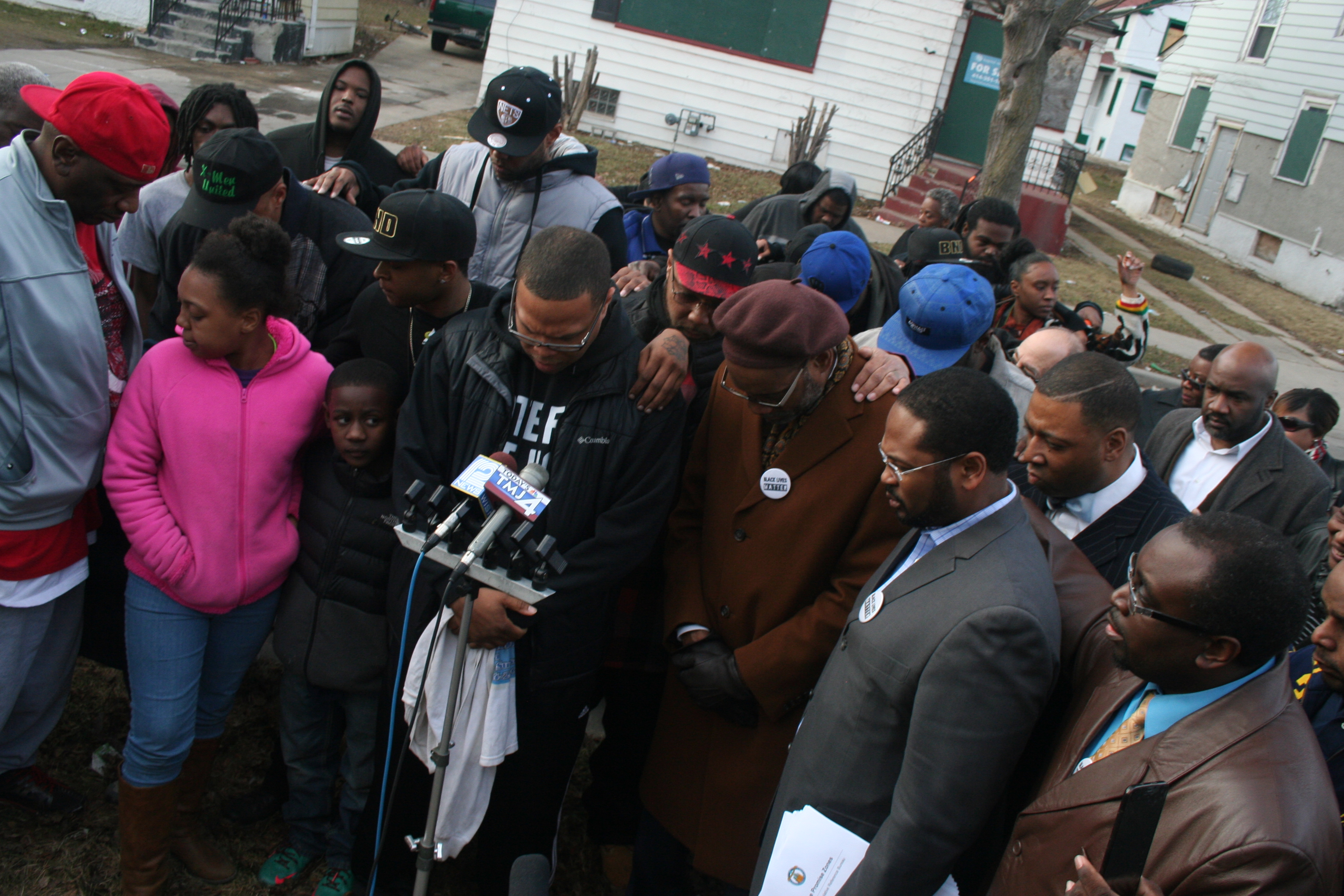 Ald. Ashanti Hamilton, activists and community partners gathered near 27th and Atkinson to announce the beginning of a “Safe Zones” initiative to address violence, neighborhood conditions and other issues within the black community in the city of Milwaukee.

The initiative, which employs the idea of H.O.O.D. ambassadors (Helping Others Obtain Direction), will launch four initial “Safe Zones” at 23rd and Brown, 1st and Keefe, 27th and Center and 52nd and Hampton. Partners are seeking funding through the federal “Promise Zones” program.

Andre Lee Ellis talks about the We Got This and Safe Zone campaigns.

Ceasar Banks of Black National Defenders, who lost his 5-year-old niece to gun violence, makes an appeal to young people.

Shawn Muhammad, of Muhammad Mosque #3, applauds “movement that is founded in God,” calls for a “summer of love.”