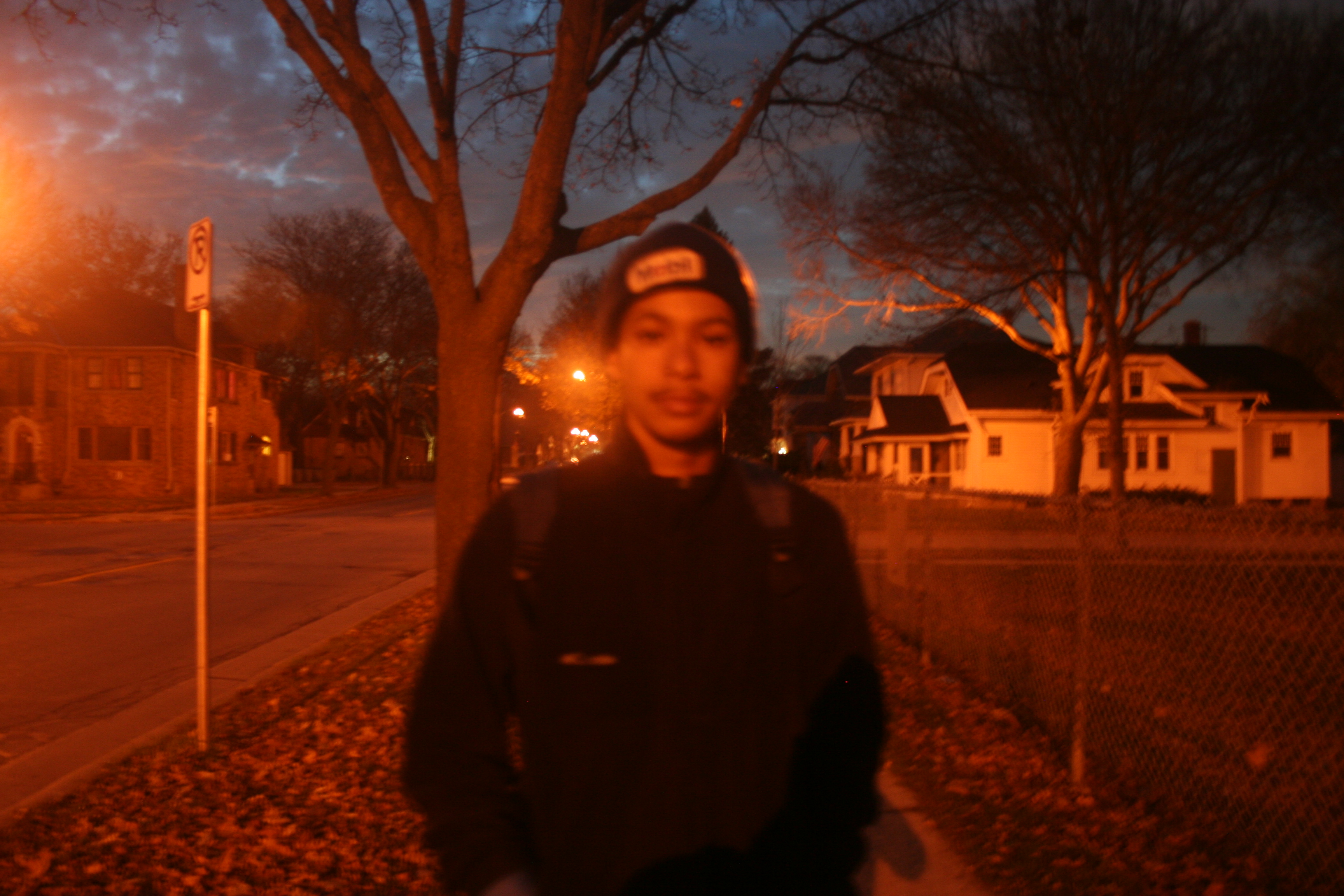 Alex Rodriguez walks down a street in Sunset Heights as dusk sets in. The 19-year-old is in his first year at MATC for welding.

“I wanted to be a ceramics teacher,” he says. “But [the] arts are dying in schools.”

So, Rodriguez decided on welding, instead — he’ll be able to “make pretty decent money,” he says matter-of-factly.

Rodriguez went to three different high schools — Waukesha North, Waukesha South and Alexander Hamilton. “I moved a lot around Wisconsin, as a kid,” he says.

“I was just trying to get through it, honestly.”

The reason for their moving: his mom worked for General Electric. “She got relocated a lot, I guess.”

“[She] definitely did everything she could to make what we had decent,” says Rodriguez.

At one point his mother was even training to be an Army sniper. That demeanor transferred to the home, he says. “Her ways were real strict — there’s a lot of things we couldn’t do.”

“[It’s] just the way we were brought up — I still say ‘sir’ and ‘ma’am,’ says Rodriguez. “There were consequences if you didn’t.”

Rodriguez says that strict approach did its job. “Between my mom and her brothers, they all did a pretty good job of keepin’ us in check.”

But Rodriguez says his brother, who is three years older, took it too far sometimes. “He, like, tried to be my dad since my pops wasn’t there ‘n’ shit. I don’t know, man. I would just get hit for dumb shit, man — I would get, like, preventative ass-kickin’s, you know?”

“I don’t know, man; he was a good dude, though,” he says. “His method was always you would learn through pain — I guess that’s how he learned.”

It wasn’t until about a year ago, after turning 18, that Rodriguez finally met his father. He found his grandmother on Facebook — she lives in Puerto Rico. “It was crazy, dude,” he says. “And, I found her son.”

Rodriguez’s father has high blood pressure, heart problems and had a heart attack when he was 22. “It kinda made me nervous,” he says. “It was cool, though, man.”

“It was more for me, you know, just to show him I’m not a dumbass … as a father, I would want to know how my kid turned out.”

As far as his future goes, Rodriguez says he wants to learn how to drive — he’s never been behind the wheel before — and is looking forward to, “starting to be self-sufficient,” he says. “I wanna start doin’ shit on my own.”

Did you find value in Alex’s story? If so, please subscribe to our newsletter; we publish the story of a different Milwaukeean every week.