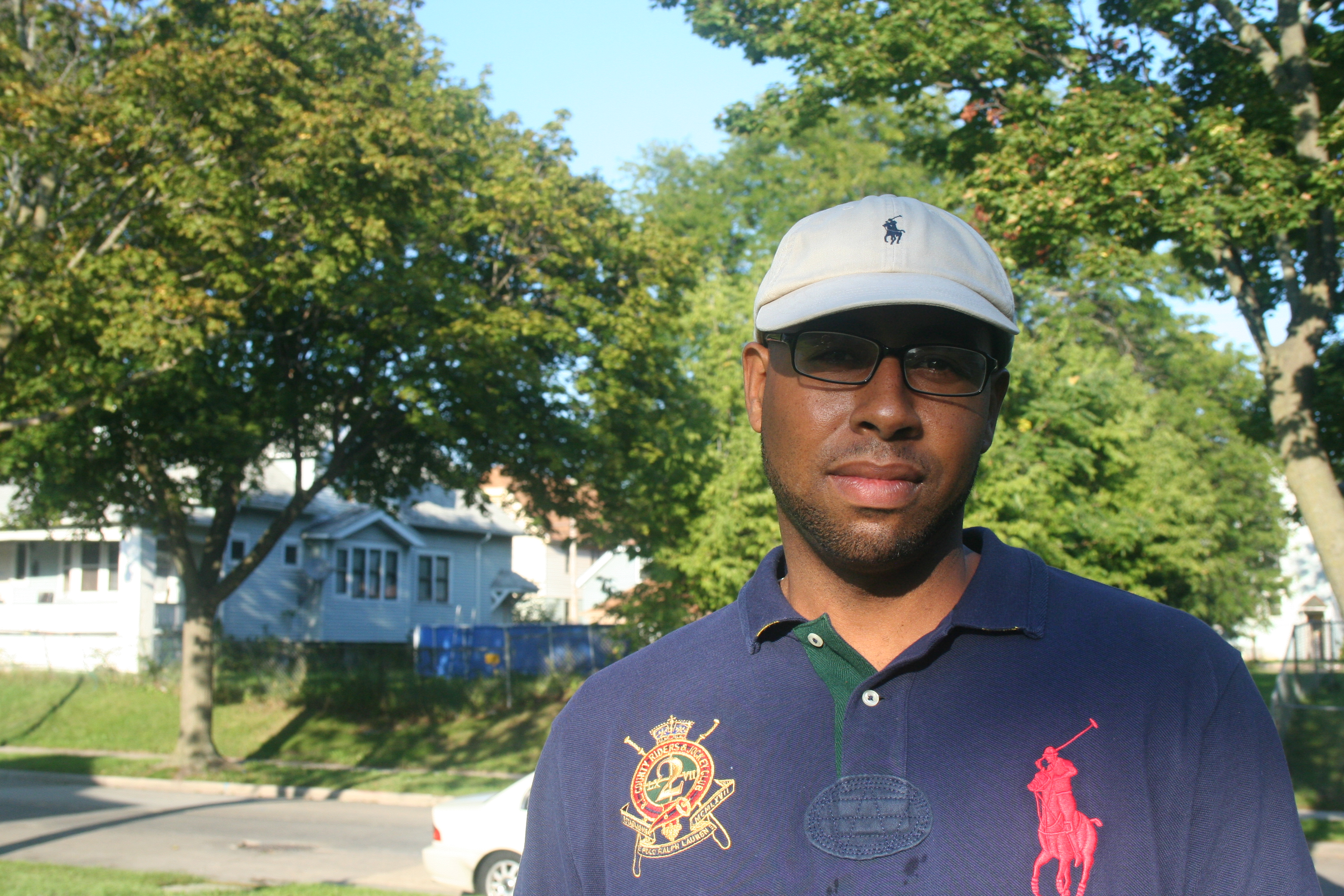 Lorenzo Williams walks across an empty lot that sits between a row of houses near 29th and Chambers as sunset casts shadows across the open space. Williams sports a heavy leather jacket that sags below his shoulders, despite the still-warm early-fall air.

Williams says he grew up in, “this neighborhood, right here.” It was nice, back then, but, after some time, the area took a turn for the worse. “Man, growin’ up, it was pretty decent. The neighborhood was nice but it changed, over the years,” he says.

As many tend to do, Williams blamed the current state of the neighborhood on “the younger generation.” “They’re a little misguided and whatnot,” he says. “So, they grew up and it became more crime-ridden.”

But, when it comes to his family, the 35-year-old Williams says they really weren’t that different from anyone else. “We came from a single-parent home and, um, mother worked and we went to school like any other normal American family.”

His mother raised them all – him, his brother and two sisters – and he has nothing but praise for her. “She’s an early childhood education teacher,” says Williams. “She’s a good woman, works hard, comes home to be a mother when she’s not workin’ hard.”

Williams says his mother did everything she could to give him and his siblings the best shot they could have. But, for Williams’ oldest sister, Milwaukee wasn’t the place she felt she – and her kids – would get that. “My sister, she moved away to Texas because, you know, things were a little bit rough, here, for her – she didn’t like the city. She wanted to go somewhere where she felt, you know, she could find a good job and raise her kids.”

As for his father, Williams says he knows who he is but that he hasn’t really been around. “Yeah, I know my father,” he says. “My father made some bad decisions and he’s incarcerated at the moment.”

“It was hard cause I feel like if I had that male figure or guidance, growing up, it [would’ve] showed me certain things that, you know, I would have turned out a lot better than what, you know––my life would’ve turned out, maybe, a little bit better.”

Williams has a family of his own, too. Though he isn’t with his three-year-old son’s mother, he cherishes being able to be there for his son, on a daily basis.

“I love bein’ a father. I try to stay actively involved in his life … cause I never had a father; I wanna be there in his life, you know, make sure he turns out better than I did and have better opportunities, in life, than what I was given.”

He says being a parent makes you see the world in a different way and that the reward is, simply, in the act itself. Williams’ favorite part of being a dad is, “just the unconditional love I get from my child and bein’ a good, positive role-model for him.”

And, as he says, Williams is working hard to improve their lives – he’s studying architectural wood-working and cabinet-making at MATC’s Oak Creek Campus. “Eventually, I wanna become a carpenter and maybe become a lead carpenter.”

Williams says he enjoys, “just takin’ something from a block of wood and working with my hands and turning it into something useful, maybe something a person can use in their household or everyday life.”

It’s the act of creation that appeals to him. “I was always good with my hands and liked, you know, just taking something from nothing and making it into something,” says Williams.

But there are other motivations behind what he’s doing, too. “I would like to be my own boss and I would like to, maybe, you know, pass this trade down to my son, give him something that he can learn from and he can use when he’s older,” he says.

Though he wanted to be an athlete when he was younger, Williams quickly realized that it might not be what he was cut out for. “I was always into sports,” he says, “But, you know, I realized the reality of that: not too many people make it. So, once I got more into my teenage years, I understood that, basically, I’m gonna have to take some kind of trade, make things work, pay the bills.”

This is Williams’ first year of school – he has one more to go. But, once he’s done, he knows exactly what he’s going to do. “Graduate, get off into the work force, gain the experience that I need, start my own company and, possibly, you know, if not in Milwaukee, go somewhere different.”

Did you find value in Lorenzo’s story? If so, please subscribe to our newsletter; we publish the story of a different Milwaukeean every week.