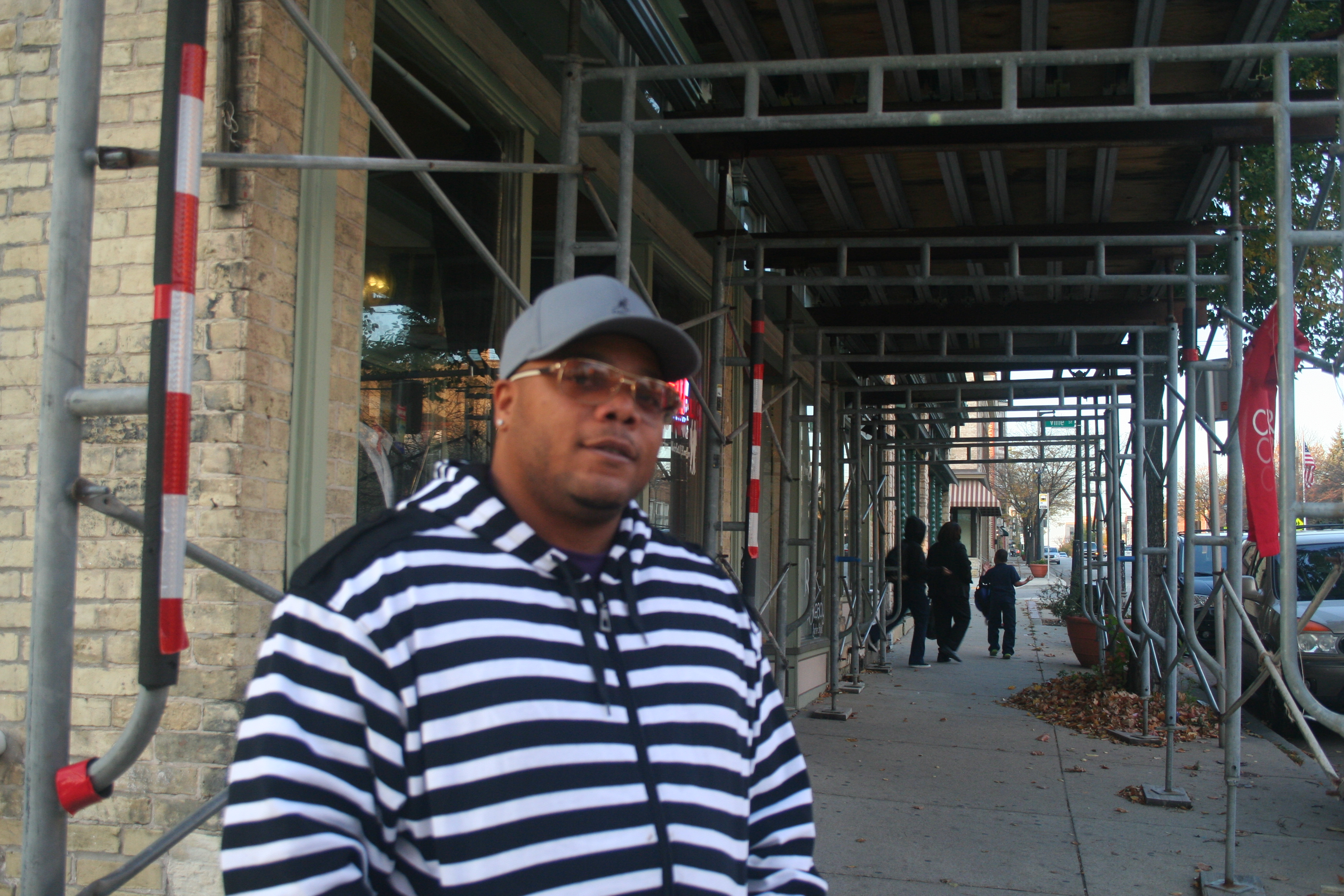 Yarber, who’s originally from the Windy City, ended up coming to Milwaukee with his mother when he was about 10 years old. “She was havin’ a hard time down there in Chicago, you know, so, she felt like there was opportunity up here so…I came with her – I had no choice.”

Besides the regular gang activity, Yarber says he also had family involved in gangs – three of his uncles are dead – and that his mother had even been shot. “Chi-town was, you know, it was what you read about and then some…to actually experience it, you know what I mean?”

When they first got here, though, it was particularly because Milwaukee lacked some of those things that the city took some time to grow on Yarber. “We was on 19th and Clarke and, uh…nah, I didn’t like it,” he says. “I didn’t like it, man, you know what I’m sayin’ – it was different to me. I was from Chicago, that city, that fast life…so, I [was] lookin’ for something…to get into, you know what I’m sayin’? You know, 10 years old in Chicago, I could get into a lotta things – you wouldn’t think so but I could. Whereas, to, you know, ey, who knows where I coulda been…at 12 or 13 or 14, you know what I mean? But, hey, I just felt it was a little slow-paced town.”

Business was good. It was so good, says Yarber, because some people were, literally, waiting on their welfare checks to buy from him. “Those firsts of the month, you talkin’ bout ten people gettin’ a thousand dollars – you know what I’m sayin’?…that’s ten thousand dollars. And, those ten people come shop with you and spend the majority of they mufuckin’ check?…come on, man.”

And, while he was hustling, there wasn’t much time for anything else. “Hell naw,” says Yarber, laughing, when asked if he was going to school at the time. “I was sellin’ cocaine, man. I was sellin’ plenty mufuckin’––I’m talkin’ bout dimes, twenty. Mufucker was out here, you know what I’m sayin’, smokin’ weed, drankin’, had my own crib [at] 15, 16 years old.”

Yarber was locked up by the age of 21 and prison wasn’t anything like the life he’d known before. “Oh my fuckin’ goodness. Insane, man – fuckin’ insane. You ever mufuckin’ went insane?” says Yarber, unable to contain another laugh. “They gotta lock your ass in the mufuckin’ hole cause you really insane – you gonna hurt some mufucker. Sh––you might hurt yourself.”

But it was during that time that Yarber discovered something else. In yet another environment run by gangs, where you’re defined by what group you’re with, Yarber stood alone and when asked what got him through that time didn’t hesitate. “God,” he says. “I’m a spiritual dude. I ain’t no cat that, you know what I’m sayin’, sit up here and [say] ‘I’m a Muslim, I’m a Christian.’”

Whether it was deciding to read a book, go to a particular class, exercise with a fellow inmate or lifting weights, Yarber says he found clarity in every choice. “That’s how I got through it, though, was god. I got on my knees – you know what I’m sayin’? – and prayed every night.”

“I wanna work smart, not work hard. But I’ve gotta do that hard shit first, though, so I ain’t blind to that, either…I gotta make ends meet.”

Now, the 38-year-old Yarber is turning over a new leaf. “I been out about like seven years…goin’ on seven, eight years, now,” he says. “I’ve got an Associate’s degree in real estate and I’m gonna get a Bachelor’s in marketing.”

That degree took him five years to complete because he was only in school part-time – the rest of the time, he was doing any kind of work he could find. “I consider myself an entrepreneur; I’ve sold socks, purses,” says Yarber. “They know me well at the scrap-yard. People be playin’ and talkin’ about people but those scrap people make $200 in the morning, ridin’ around, if you know people. Especially…if you got the right network.”

“I wanna work smart, not work hard. But I’ve gotta do that hard shit first, though, so I ain’t blind to that, either…that’s why it took me, like, five years to get that joint (the degree) – you know what I’m sayin’? – cause…I gotta make ends meet.”

“You stay out here, you don’t know what’s gonna happen. The thing is, if you’re doin’ certain things, it’s gonna create that environment around you where something’s gonna happen…so, that’s how I try to think – I try to be on good energy.”

That’s exactly what Yarber’s doing. He’s, now, a partial owner of Love X’s 2 (Love Times Two) after one of the other partners, who’s had the place for 11 years, approached him. “He said, ‘I like how you move, I like your energy, I’m on the same thing you on,’ and that’s what’s up.”

Did you find value in Sean’s story? If so, please subscribe to our newsletter; we publish the story of a different Milwaukeean every week.