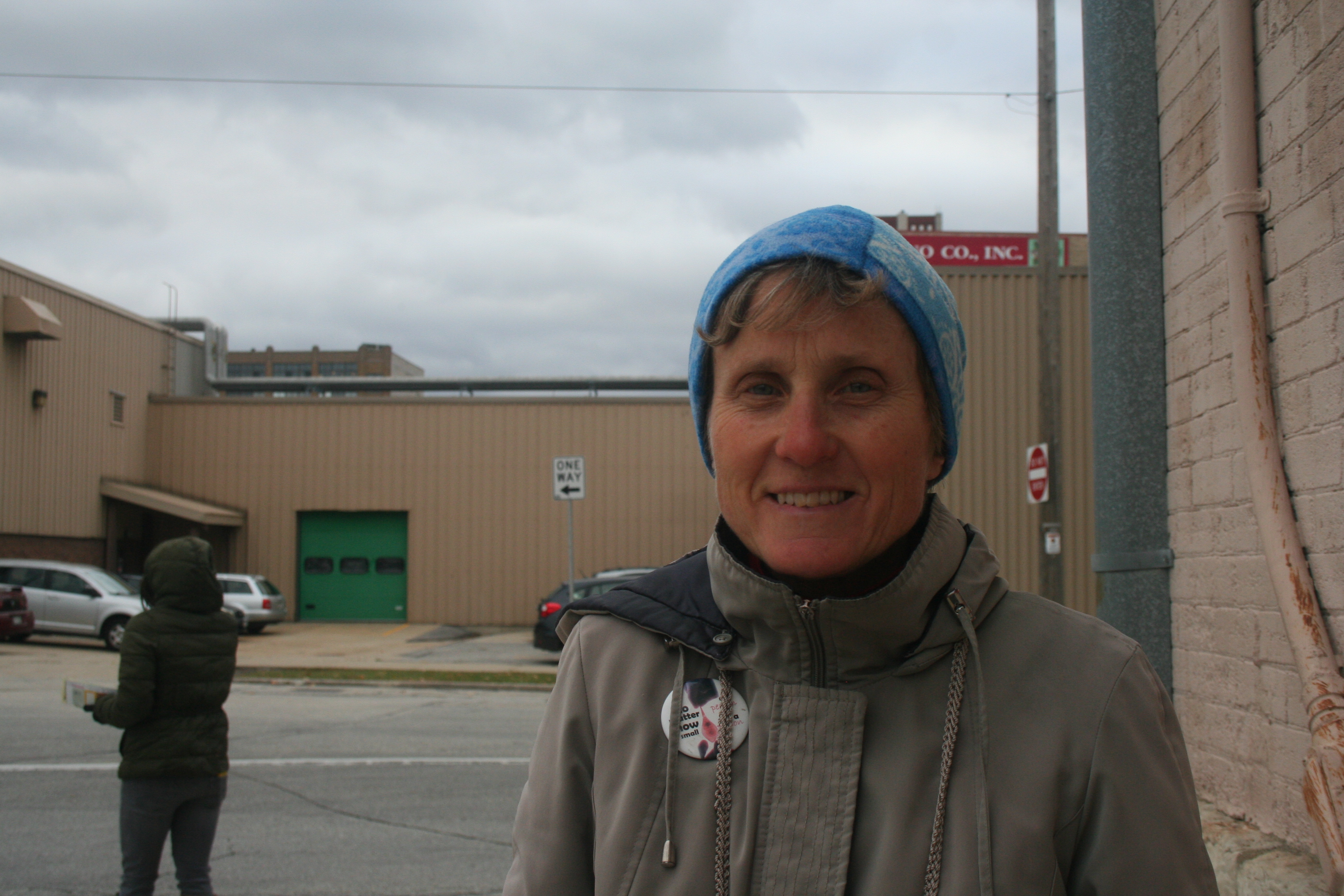 Anne Franczek canvasses the corner of Jackson and Buffalo in Milwaukee’s Historic Third Ward on a frigid Thursday afternoon in November. Franczek is on a mission, though it’s not the environment or politics that brings her here – she’s out to educate would-be mothers and passersby about the realities of abortion in an effort to inspire these women to change their minds.

Franczek enjoys this work but it’s not for the fun – her fulfillment comes at a much deeper level. “I would say, rather than appealing, it’s compelling because babies are being killed and they need a voice,” she says, standing in front of the Planned Parenthood Abortion Clinic at 302 N. Jackson. “We look at World War II and Nazi Germany and we say ‘Why did people let the Jews be killed? Why did they just turn their head and look the other way? How could they do that?’ And that’s what’s going on in America, today – and other parts of the world – is a silent holocaust where babies are being ripped apart in the womb and people just drive by like it’s no big deal.”

During her childhood in New York state, Franczek was brought up in a strict Catholic household – something she, now, says she’s grateful for – and attended Catholic school through the fifth grade. As she got a little older, though, she realized there was something missing. “When I was 15 I accepted Christ as my savior and realized that religion couldn’t save me – it had to be a relationship with Jesus Christ.”

Franczek, who wanted to be a psychologist when she was growing up, ended up doing social work and spent time in California and parts of the South before coming to Milwaukee about seven years ago. “I’m a Christian and I wanted to get out of working for the government and do Christian work,” she says, referring to the work – what she calls “sidewalk counseling” – she’s doing today. “I’ve been doing this for, probably, 25 years.”

Over the years, Franczek has seen a lot of different responses from people. And, even while she’s received threats, it seems the positive results are, to her, worth the hostility. “Some are very hostile, some are women in need that do stop to talk and they respond – there’s some women who change their mind, save their babies – some have gotten very rude in today’s culture where they curse you out and, um, just, you know, threaten to hurt you and things like that. But, ultimately, it’s all about serving the Lord and trying to save these babies and when the mothers do change their mind and keep their babies they’re always grateful.”

When asked what her experience in Milwaukee, specifically, has been like Franczek answers with a question of her own. “Is it different than anywhere else? I don’t know,” she says. “People are people wherever you go.”

But, in terms of place and purpose, Franczek has an unwavering confidence in the path her life has taken. “It’s kind of ironic but I’m single and [have] no children,” says Franczek, who is not sexually active. “And, God says he…chooses the foolish things to shame the wise.”

While that phrase is open to interpretation, Franczek sees it this way: “It seems kind of foolish – why would a woman with no children be out here talking to women who are pregnant? But, it’s what God called me to do, so…”

“There’s a sin nature in all of us and there’s a rebelliousness where people want to live their own way,” she says. “And the sad thing is they don’t realize that God’s commandments are to protect us and to shield us from pain and harm and because he loves us so much.”

“I’m looking forward to, eventually, being in heaven with the Lord – where there’s no crying, no sorrow, no pain – and being with him in his love forever,” says Franczek of her hope for the future. “But, in this life, I would be looking forward to people coming to know the Lord, people’s lives being changed, hopefully, a move of revival where [the] whole nation’s hearts are changed and people live according to God’s ways and find that his ways are good.”

Did you find value in Anne’s story? If so, please subscribe to our newsletter; we publish the story of a different Milwaukeean every week.