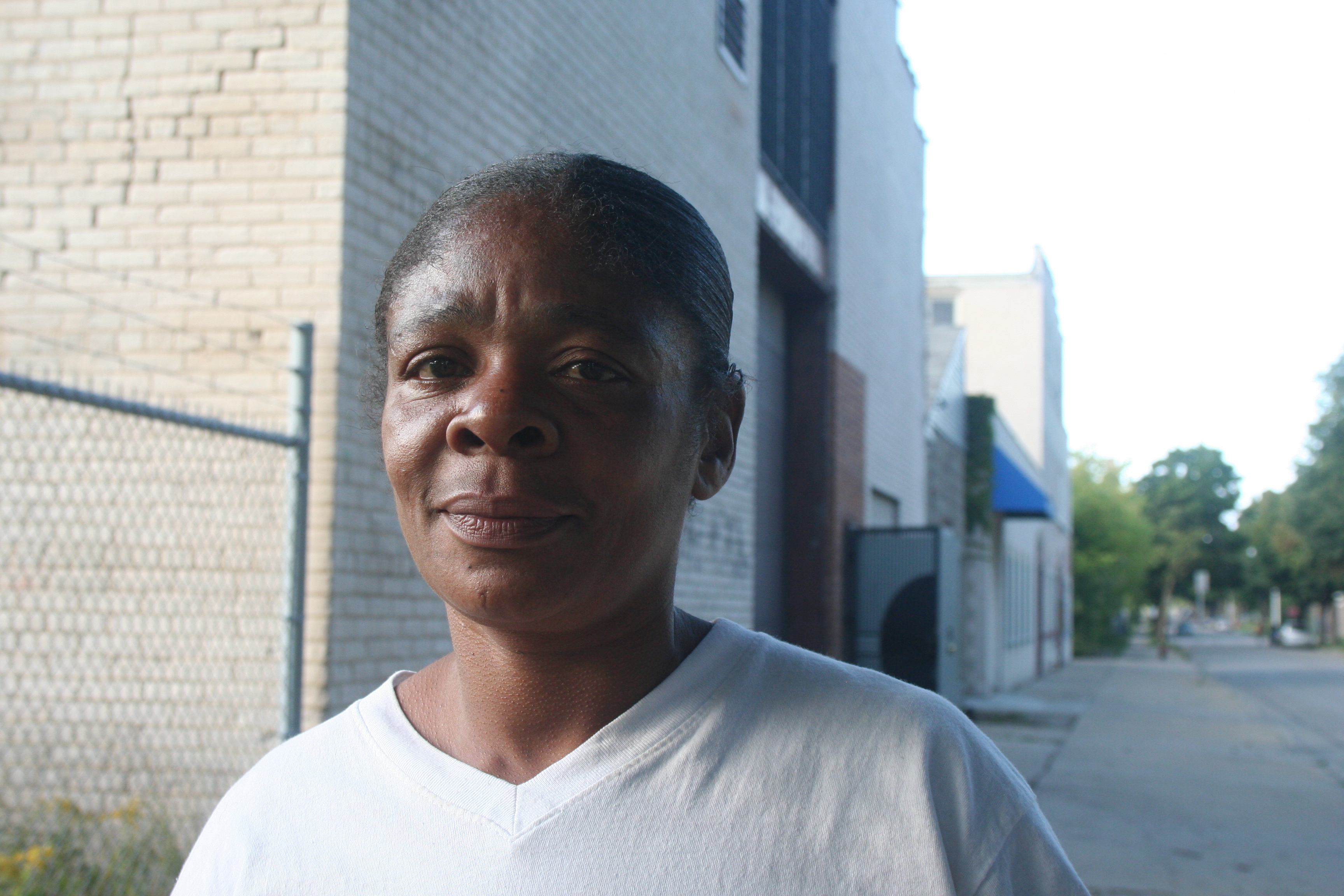 Wanda Matthews sits in a chair on the sidewalk near the corner of 30th and Chambers on Milwaukee’s north side.

Matthews grew up right in the neighborhood, near 30th and Concordia. She says life was good back in the day. There were some bad things but there was good, as well. “We had everything we wanted,” she says, referring to her and her siblings.

Matthews’ parents made sure of that. She says her father was a security guard and her mother did factory work. And Matthews, eventually, ended up following in her mother’s shoes after she had her first child at 17.

It was then, with a year left before graduation, that she dropped out of high school. “I had a choice between continuing and raising my child,” she says.

It wasn’t a hard choice for Matthews. And, though her mother helped a lot, the brunt of the responsibility fell to her, especially when she left the father who was abusive and had gotten another woman pregnant, as well.

The man who fathered Matthews’ other two children was also abusive in addition to being in-and-out of prison. Eventually, though, Matthews says, once she got to a certain point, the decision to leave him wasn’t a hard one, either. “I had to think about my kids,” she says. “I have two boys and I didn’t want them to treat women like that.”

Now, Matthews has been out of work for five years and single for longer than that. Moving forward, she’s just looking for some stability. “I’m tryin’ to find me a job,” says Matthews, “…and get me a husband.”

Did you find value in Wanda’s story? If so, please subscribe to our newsletter; we publish the story of a different Milwaukeean every week.