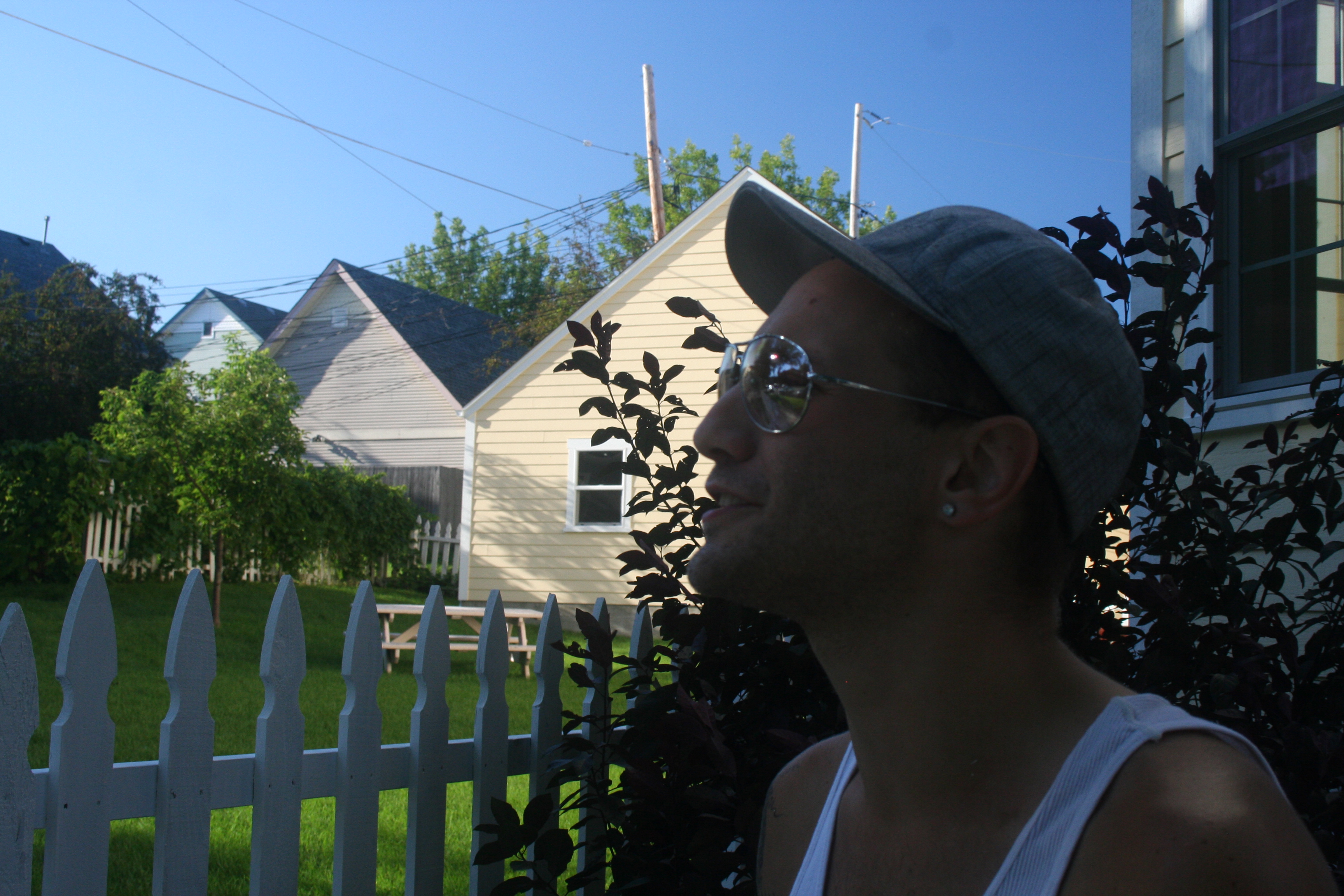 On a Wednesday afternoon, Alex Nelson paints a white picket fence between Hubbard and Palmer Streets in Brewer’s Hill. He stops to have a cigarette.

Nelson, who grew up in Waukesha and attended Mukwonago High School, moved to Milwaukee because his boyfriend lives in the neighborhood. “Milwaukee’s definitely a big change from where I grew up,” he said. “The only reason that I’ve actually come out here is for the people that I’ve dated.”

The 27-year-old Nelson, who’s worked in payroll, accounting and customer service, was at U.S. Cellular for almost four years before being fired by a new boss. He got the work he’s doing now through his boyfriend’s friend and said it’s a bit of a change from the office work he’s used to.

“The last [job] that I had I actually worked from home and that was absolutely terrible,” says Nelson. “So, I did that. The company was really unprofessional and I just didn’t like the job any more so I quit and didn’t have another job lined up.”

But, even though it’s something different, Nelson says he’s enjoyed it. “It’s a lot more fulfilling because, at the end of the day, you can look at something and be like, ‘Ah, I did that.’

“I’m really into art, too, and that’s another piece of it. I haven’t gotten to do painting, in my adult life. I’ve had no time to spend drawing, sketching, painting, anything; it’s always been, like, office work. And this is kind of…it’s not the same thing cause it’s all white paint but, I mean, it’s something that you can see through to fruition and be like…I did something.”

Nelson said he loved art when he was a kid and regrets not pursuing it as a career. “I was really into it in high school and then I was gonna go to school for graphic design but I was 18, wanted to party and, I mean, sh*t, I had everything set up for me and I just didn’t go.”

“Living paycheck-to-paycheck, being 27 and not really having much to your name…kind of sucks,” says Nelson. “Go to school, kids.”

Is there any advice he would have given himself back then? “Yeah…listen to other people cause they know what they’re talking about. But don’t be as trusting cause a lot of issues have come from giving myself, and just things, to people that I shouldn’t have.”

Now, Nelson’s been dating his boyfriend for a year and a half. When asked if he thought this relationship would be different, Nelson admitted he’s not sure. “That was my advice to give other people. It doesn’t mean I have to take my own advice.”

What’s he excited about? What’s he looking forward to? “Tomorrow. My mom just went to the hospital – she’s out now but she woke up and couldn’t breathe. And I have another friend who went to the hospital the next day and they found out he had blood clots in his lungs… and [my mom] was having bronchial spasms but they also found something in her lungs that could be cancer. So, either way, it’s just you never know what’s gonna happen. I mean, even in my relationship…but there is tomorrow.”

Did you find value in Alex’s story? If so, please subscribe to our newsletter; we publish the story of a different Milwaukeean every week.