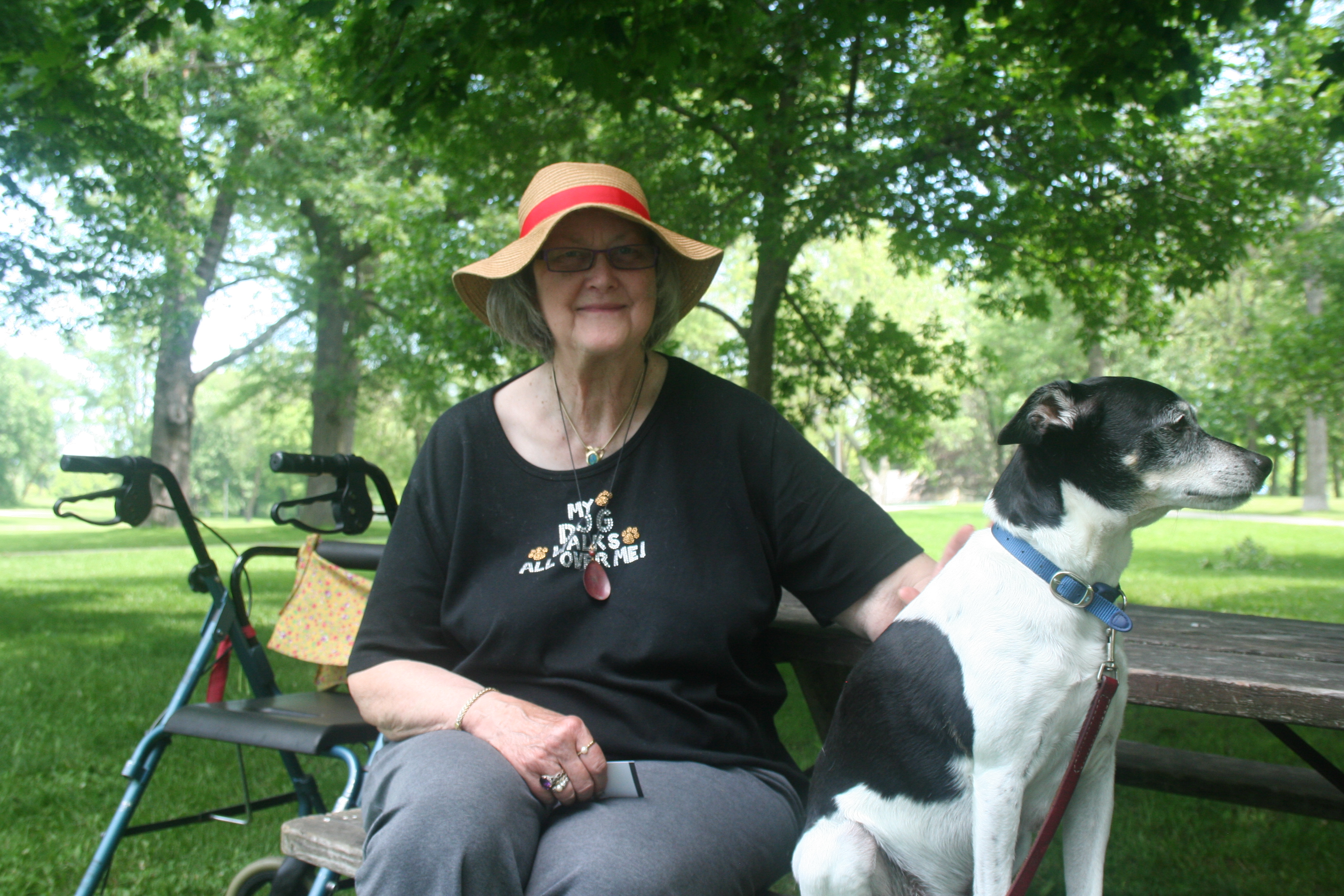 Barbara Gerow meanders past the wading pool at Humboldt Park coaxing her dog, Pokey, to keep up.

Gerow, who is 75 and has been in her house – originally her great-grandfather’s – on Burrell Street for 51 years, supports herself with a walker as she talks. “The whole area, especially where my grandmother and grandfather’s house was, was Orchard Park. And I don’t know when it got changed to Bay View but it was interesting, you know?”

Gerow recounts story after story of how it was back when she was younger; she tells tale after tale of people who touched her life. But, in the midst of it all, three things stand out: two of her kids, a job at Northwestern Mutual Life and one of her son’s homeroom teachers.

Gerow and the friend she speaks of met when they were seven-year-old, went to school together and are still close today. The daughter? That’s “Janie,” Gerow’s oldest, who died about a month and a half after she was born.

“It was horrible,” says Gerow. “She only lasted six weeks. We found out, later on, that what she had was sudden infant death syndrome but 51 years ago they had no idea what that was.”

This all came after having to quit her job at Northwestern Mutual because of the pregnancy. “In the 1940s you couldn’t work there if you were married. Then, they changed it to when you got pregnant.”

Once you began to “show,” it was time to go, said Gerow. “Well, I never showed – that’s why they thought I was quitting for nothing.”

“People thought I wasn’t pregnant – they thought I was taking baby gifts for nothing – until they found out she died; then they all felt bad.”

Gerow found the job at Northwestern Mutual right after graduating from Bay View High School in 1957 and worked there until 1963. “I went on a tour of it last year when they had [Doors Open Milwaukee]. It was very interesting because… I was also a tour guide there and I loved that more than I did my job.”

What does she remember from that time? The nice family-style lunches that were included in your salary, the girls who would go across the street for a burger anyway, the second or third week of July when all the agents would come into town with their families, the long table in the President’s Dining Room and a guy named Al.

“He would go up there in the lunch hour before me and they had a grand piano in that marble room and, after he ate, he would go in there and play that piano and he was really good.”

And, above all, that’s what Gerow remembers: the people. “Nice people, I met a lot of nice people,” she says. “It was just a nice place to work.”

One of those people Gerow remembers most, though, wasn’t from Northwestern Mutual. It was a man named Art, one of her son David’s teachers during his time at Riverside High School.

David has Tourette’s syndrome. Because of this, Gerow said she knew all the principals and vice-principals and had to stay on top of what was going on with him. But, Art, was something else; you might even call him a godsend.

“I’ll tell ya, I think if David would not have had him for a homeroom teacher he would have gotten in a lot more trouble.”

Gerow says, over the years, David was blessed with a lot of great teachers. “One woman said to me – she was the English teacher – she said, ‘He’d make a wonderful author because he can tell stories.’ I said, ‘Tell me about it,’ I said, ‘That kid can tell stories; he’ll drive you crazy with ‘em.’”

Despite the quip, Gerow agrees. “David is still a storyteller and he’s had a very interesting life.”

One incident in particular, she recounts vividly. One time, Gerow says, she found David and an artist friend from Chicago holed up in an apartment on Cass Street. “Art called me one morning at seven-thirty; he said, ‘David’s not here.’ I said, ‘Thank you,’ I got in my car, I went to that apartment and I went between the buildings and I crawled in the bathroom window and I surprised the heck out of both of them. I saw an orange suitcase that was in my basement and I said, ‘Where are you two going?’ ‘Well, we thought we’d go down to Florida by his brother.’ (said David) Well, his brother was a drug dealer so I’m glad I caught them.”

“I said, ‘You’re six foot three but get you’re a** in that car, you’re going back to Riverside right now.’ So, he went back and he graduated; the other kid didn’t… you’ve gotta be very cautious with a kid like that because they try to pull a lot of tricks on you. But I was one step ahead of him.”

Now, David is 47 and the father to Gerow’s only grandchild. He and Art even stayed in touch over the years. “Two years ago, he sent David a Christmas card… with a nice message on it for David. David never got it, so it went back to Art. He sent it to me; he said, ‘If you know where David is, get this to him.’”

“Unfortunately, David told me, when he came to stay with me last December, that Art had died at 67 years old. It’s a shame; he was a wonderful man.”

In a life of meeting and enjoying people, Gerow’s also had to let many of them go. What has that been like, for her? “Well, it was tough for me for some of the ones I really liked.”

“When he told me Art was dead I just couldn’t believe it.”⬩