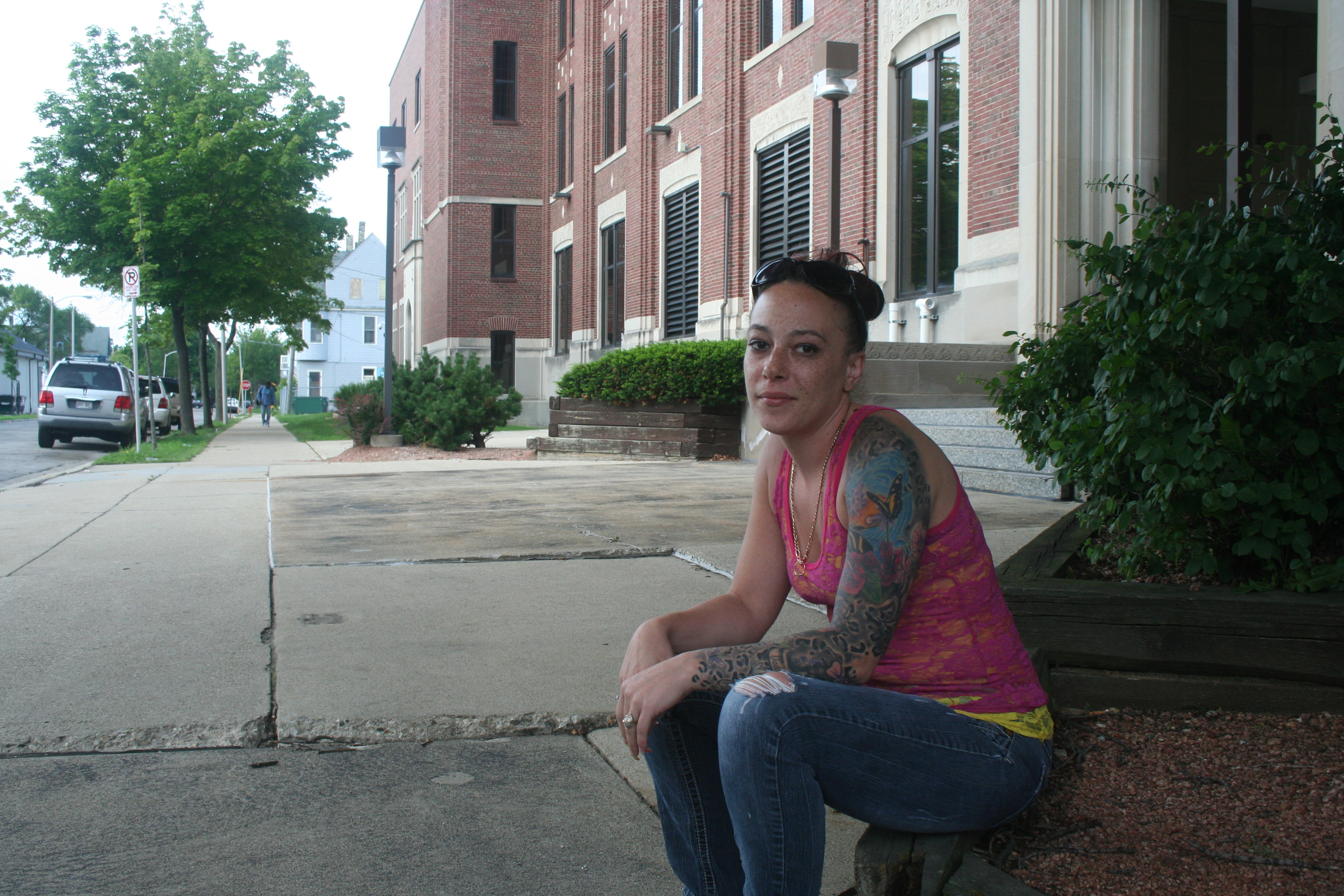 Sacia Lloyd describes herself as somewhat of a “rebel.”

“I’m just the middle child – that’s the best way I can explain it. I’m a middle child and the black sheep of the family; I, kind of, went against the grain on everything,” she said.

Lloyd, who has lived in Minnesota, Illinois and Mississippi as well, grew up on a farm but, after moving to the city, was sent to Job Corps, which allows “troubled” youth to learn a trade and get their high school diploma.

That’s part of the reason that Lloyd’s been all over but she says, besides not being able to see her family every day, it was a very good experience.

“You just got to meet a lot of people from everywhere,” she said. “Everybody’s got different backgrounds they come from, different ways of looking at stuff.”

When she was about 17, Lloyd graduated with training in culinary arts and, soon after, ended up in Milwaukee. She said, at that point, she was ready to be on her own.

And, Lloyd said, the way she grew up was the best preparation she could have gotten for the working world and beyond. “To me, working on a farm is the hardest thing you can do.”

Lloyd, in spite of her culinary education, is now a machinist. She says the work, which includes set-up and programming for die machines, is reasonably challenging and enjoyable. “I like it cause I get to think about what I’m doing – it’s not a mindless job.”

But like many others who have struggled to find jobs in the current economic climate, Lloyd has been unemployed for a little more than a month. Unfortunately, it’s not a situation she unfamiliar with.

“The last couple years it’s been a lot of on-and-off – temporary jobs,” she said. “They say that they’re going to hire you but then something in the economy changes and, now it’s not a permanent job any more.”

This wasn’t always the case but then the recession hit. Lloyd’s job was one of the casualties. “I had a really, really good job working at Snap-on Tools – I made a lot of money – but the recession came and they did like a 200-employee cut and they didn’t call anybody back and, you know, they’re just now, like seven years later, starting to rebuild and getting more work over there,” she said.

Fortunately, she said, her situation is a little more forgiving. “It’s definitely hard. Luckily for me, I do have a fiancé and he has a good job that pays the bills.”

For a number of reasons, though, Lloyd is looking forward to learning something new. She misses the freedom of the farm and says that, as a woman in manufacturing, sometimes, it can be tough. “They want you to be a ‘yes, sir,’ ‘yes, ma’am’ type of employee and I’m not that person. I’m not gonna stand for disrespect or sexual harassment – anything – and I stick up for myself and people don’t like it.”

On top of that, she’s looking forward to, hopefully, getting married in the next year and moving out of the state to somewhere warmer and more inviting. She says she just feels a negativity, here. “It’s just Wisconsin, period; it’s very hard. You know, it’s like you walk in the door, people judge you from how you look or how you talk…and you could be the smartest person in the building but they don’t want to give you the opportunity.”

And Lloyd, who’s black, white and Native American, has seen it all. “You’ve got the racism and you’ve got the sexism, you know – it goes from both ends. I see it happening to guys, women, everybody.”

Did you find value in Sacia’s story? If so, please subscribe to our newsletter; we publish the story of a different Milwaukeean every week.