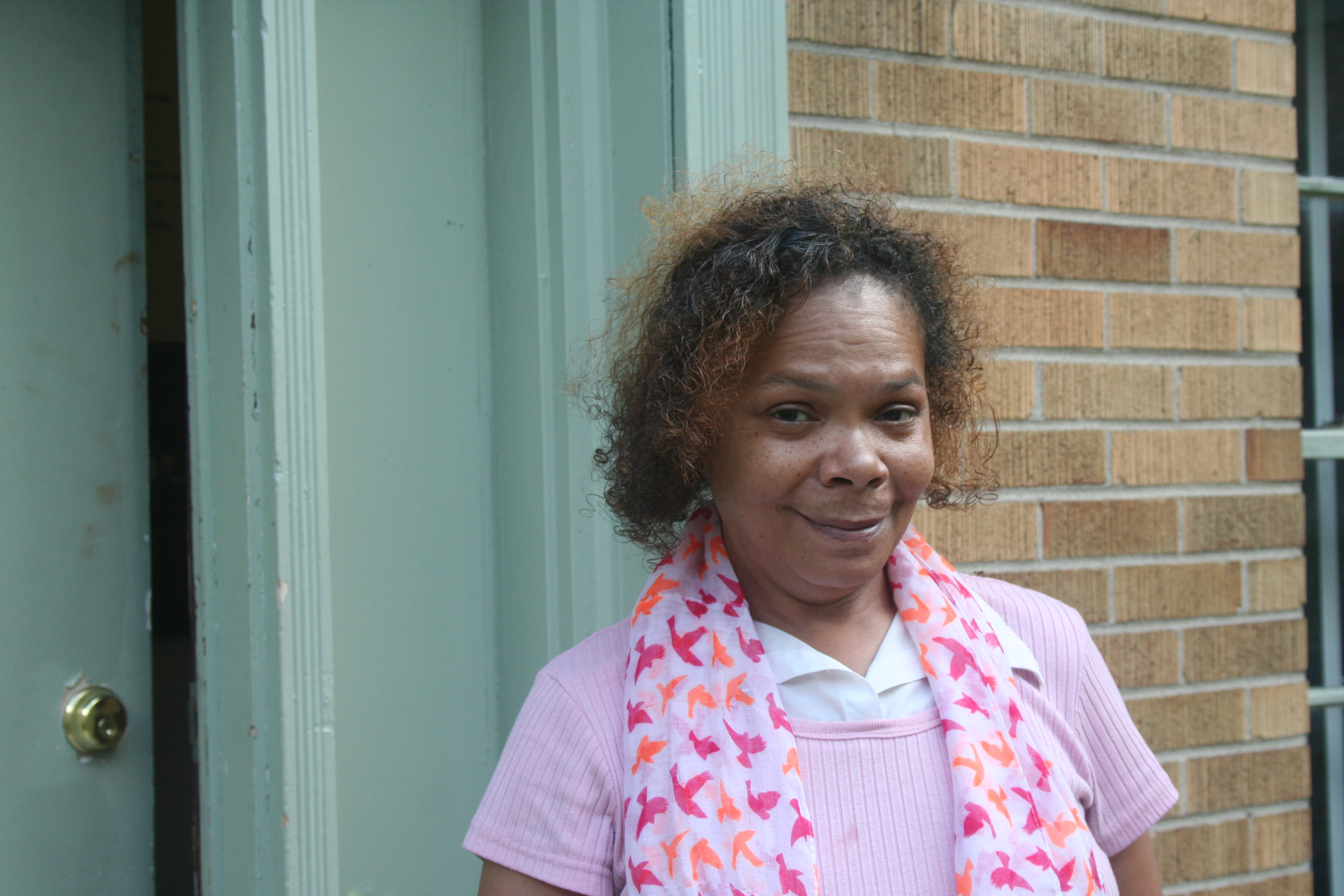 Kimberly Gibson walks down Sherman Boulevard, opposite Pilgrim Rest Baptist Church, with her grandson before attending Jazz in the Park.

Gibson, who grew up in Detroit and lived in Houston and Atlanta, came to Milwaukee because her mother, “Brenda” as she refers to her, was sick. Gibson didn’t want to come but she did what she had to. “I don’t consider her my mother. Her son wouldn’t come so I uprooted my children and came here.”

The 51-year-old Gibson has a sordid history with her family. “They’re just cutthroat, greedy people – they’ll sell you out for a dime. That’s not what I need to be around,” she said. “I knew growing up but then what could I do?”

So, she came anyway and had been living in a house not far from where she is now until just before last winter. Then, unbeknownst to her, Gibson’s mother stopped paying the mortgage and the home went into foreclosure. “It was pretty devastating cause I had never been homeless, I’ve always had a roof – I mean I was there for 20 years, so, my kids grew up there, my grandkids came into the world there, so, it was pretty devastating.”

But Gibson’s never had it “easy.” She raised three boys, one who is still in college and lives at home, by herself. The hardest part of being a single mother? “Feeding them, keeping clothes on their back. When I was in my 20s I worked like three jobs,” she said.

Eventually, though, she got a job with Ameritech (now AT&T). That made things a little easier. “But still, they were expensive cause they’re bigger than they should have been,” said Gibson with a smile.

Then, in 1997, Gibson was hit by a truck and paralyzed. “I would get up and fall on my face because I refused to believe I couldn’t walk,” she said. It took about two years for her to walk again.

Gibson, who’s been involved in multiple car accidents and is still in therapy for her injuries, is now unable to work and claims disability.

Through the ups and downs, Gibson is thankful for her family, her legacy. She said, as a mother, the most rewarding thing for her has been, and is, watching her sons grow up. What’s the best part of being a grandma? “I get to send them home,” Gibson says laughing. “No, spending time with them is the best part but it gets better when I can send them home… there’s only just so much I can take.”

Did you find value in Kimberly’s story? If so, please subscribe to our newsletter; we publish the story of a different Milwaukeean every week.