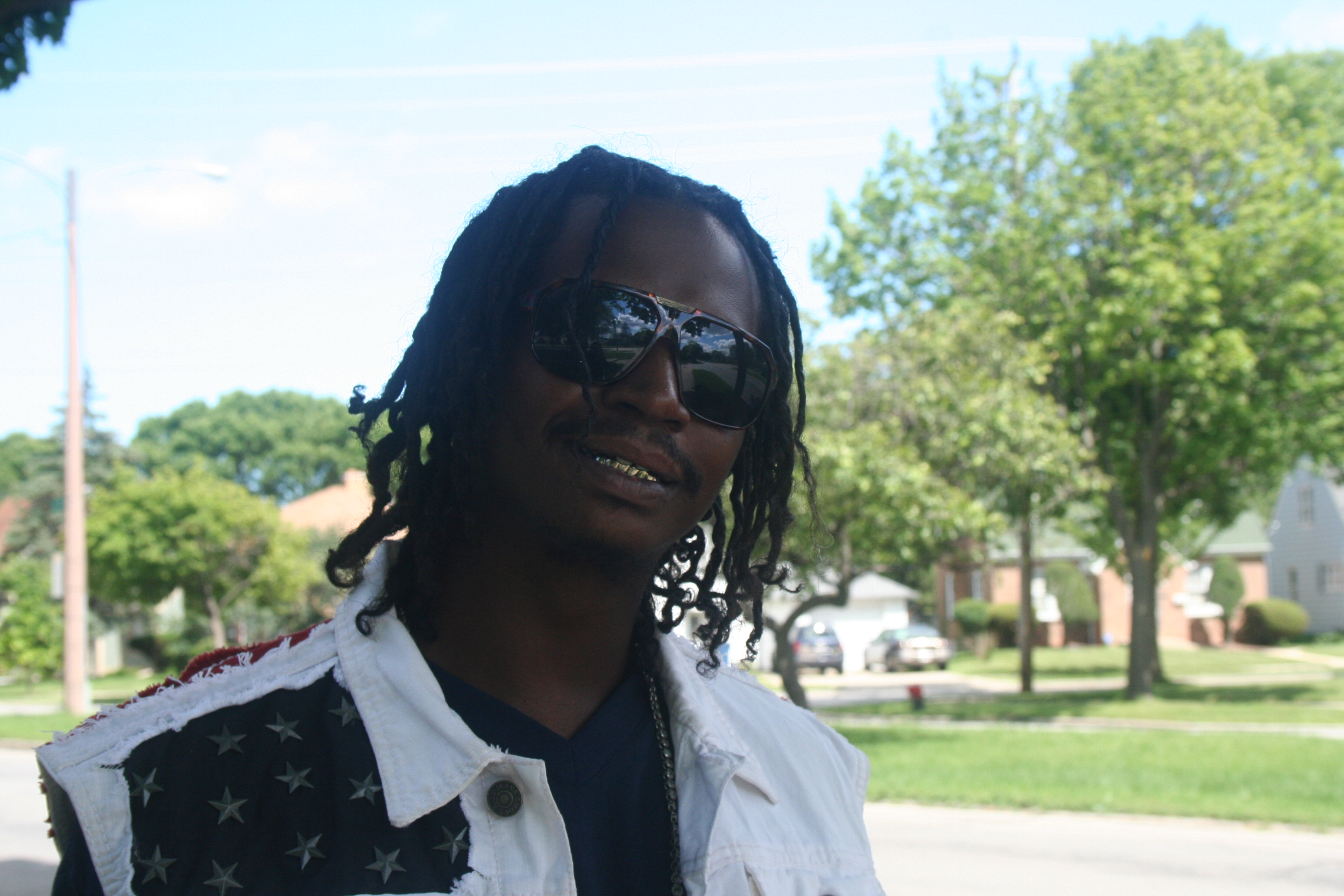 Adam Childs has lived in Milwaukee all his life. “Yeah, born and raised,” he said.

The 29-year-old Childs, who grew up near 38th and Thurston, said his family has made the most of what wasn’t always an ideal situation. “It was hard. We didn’t have a lot, you know, but what we had we came together with and we made it a lot.”

Besides that, Childs has a pretty positive impression of the city, in general. “It’s alright, it’s a nice place as long as you don’t get yourself in trouble,” he said, “cause you can find trouble. As long as you stay out of trouble, trouble won’t find you.”

Childs knows a little bit about that. He attended Juneau High School but wasn’t able to graduate after being kicked out. Instead, he finished up at MATC, taking classes in welding, automobiles and computers.

Now, he works at Quad Graphics, a commercial printing company in Milwaukee. “Twelve hour shifts, three days out the week. It’s a hard job standing up but, hey, somebody’s gotta do it. They pay good money,” said Childs.

When Childs was a kid, though, he had different aspirations. “I wanted to be whatever was on TV,” he said. “I used to like the actors on TV: Will Smith, Martin Lawrence, Cedric the Entertainer and a lot of comedians, as well.”

And, though he might not be doing what he envisioned back then, his focus has shifted to the next generation. “What we’ve gotta do now, we’ve gotta take care of the kids,” he said.

Now, Childs, who just celebrated the fifth anniversary of his marriage, is just grateful that he’s found a good house with a good landlord and is able to enjoy some stability this year. “I’ve moved around a lot,” he said. “You know, basically, the people who’re renting to us, they don’t want to keep up the houses and we have to move to a better house.”

That’s one of the reasons Childs wants to follow in the footsteps of his grandfather, who owns his home: he wants something to leave his family. Though Childs says he wants to be able to have a place where he can get out of town, he also hopes to own some properties in the city, as well.

“I have a lot of nieces and nephews and cousins, so, I’ll probably try to keep some of it here so we can keep it going in the family like my granddad. He worked at A.O. Smith for over 30 years – he’s still living, he’s like 85-years-old – and he has a house on 30th and Locust, he’s keeping it up… that’s what I really want to do; I want to take over what my granddad did so I can have a place for everybody else.”

Did you find value in Adam’s story? If so, please subscribe to our newsletter; we publish the story of a different Milwaukeean every week.