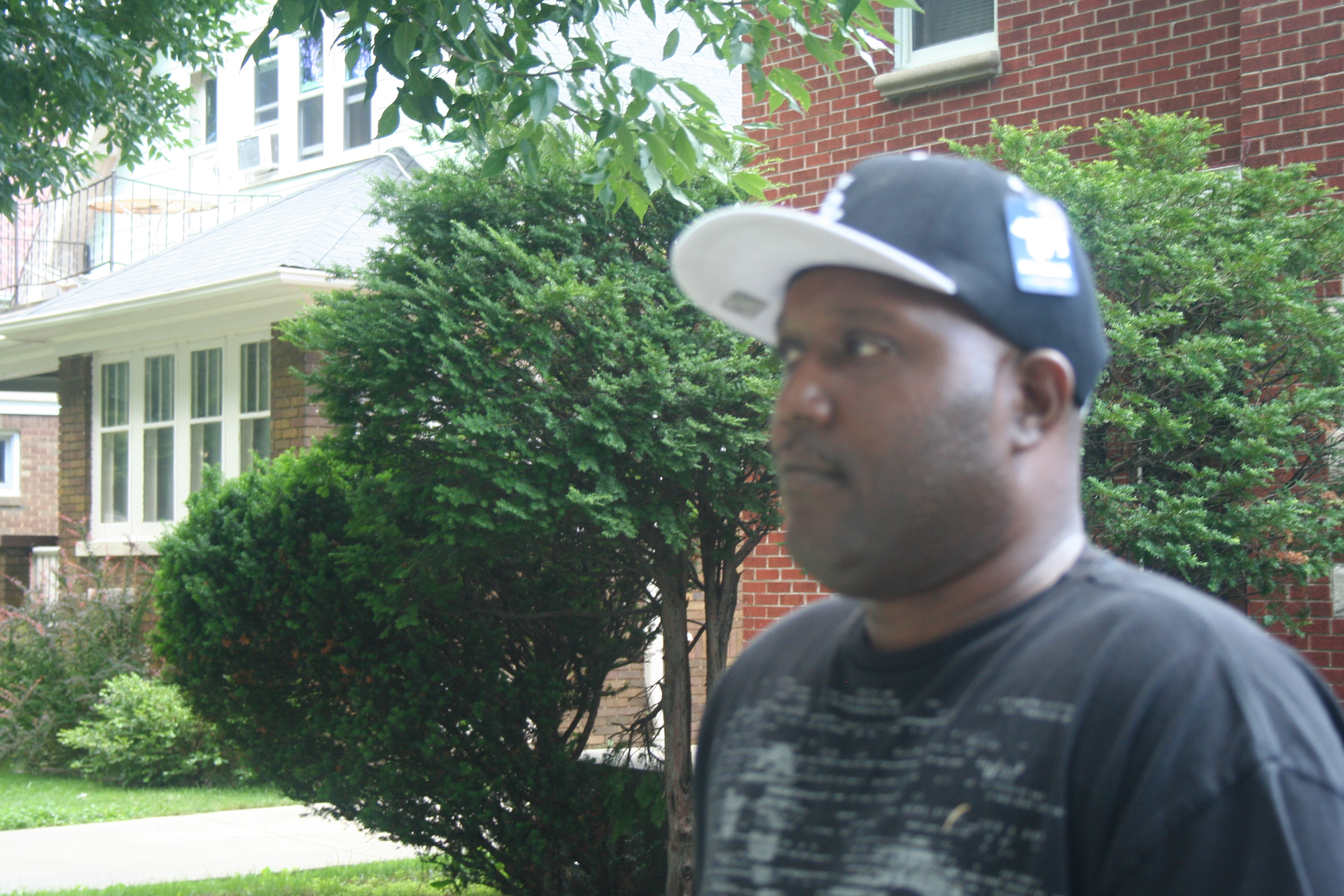 Carl Anderson grew up in Chicago but he came to Milwaukee when he was young, in part to escape the violence there.

Unfortunately, he said Milwaukee doesn’t seem so different, these days. “I got off track for a minute, started messing around in the streets, ended up going to prison, now I’m back out on parole and stuff and I’m trying to do right now,” he said.

“It’s an easy way to go but it’s never worth it; anything easy in life is never worth it. When you work and accomplish something you feel good. Like, I went back and got by HSED (High School Equivalency Diploma) cause I didn’t have my high school diploma – I went back and got that – and the reward for me doing that was just, I just felt so much better about myself, you know what I’m saying?”

Anderson, who has been doing landscaping since 2000 and is going back to school for his Associate’s Degree in Business Management said his goal is to keep working and, eventually, go into business for himself. “I’m trying to own my own company up here in Milwaukee, try to help out some people who need jobs and stuff like that.”

Because, though Anderson acknowledges that “fast money” won’t get you anywhere he still understands that, for some people, it often feels like the only option they have. “Sometimes, that is the only means that a person – no, they don’t have any skills to go get no job or have the time to go to school – so, getting out on the street and selling drugs is sometimes the only alternative they have.”

The 41-year-old Anderson considers his own experience an apt example. “They found 16 bags of heroin in the house that I was living in – I wasn’t there – and they gave me seven years for that. And, then, you have child molesters out here – pedophiles – doing crimes like that, don’t even get time like they would give a person for selling drugs.”

And, Anderson said, that’s something that has always fascinated him. “The government, if they wanted to crack down on drugs being brought to the United States I feel that they can; I feel that they let so much get through cause they’re profiting off of it, too – they profit off it, then they lock you up for it. It’s like a double-edged sword; you’re damned if you do, you’re damned if you don’t.”

That’s one of the reasons Anderson wants to help build Milwaukee back up: because a better city means better options for everyone. He says it’s going to take everyone helping, too. “You only can do one step at a time,” he said, “you need everybody to have that same positive outlook on life.”

Anderson said he thinks that, though necessary, that kind of change is especially hard considering the segregation and racial profiling that still exists. “We don’t take the time to get to know each other; we always rush to judgment,” he said.

Change might not happen over night but Anderson believes that, if we can begin to listen to and help each other, it might not be so far away, either.

“If we can all just get together and try to learn from each other and stop speculating how a person is – ah, he’s gonna break into my house, he’s gonna rob me – just get to know each other on an intimate basis… things will change like that. But you’ve got to have an open mind and be willing to change. If you’re not willing to change, then you’re going to believe what you want to believe, believe what you were taught.”

Did you find value in Carl’s story? If so, please subscribe to our newsletter; we publish the story of a different Milwaukeean every week.