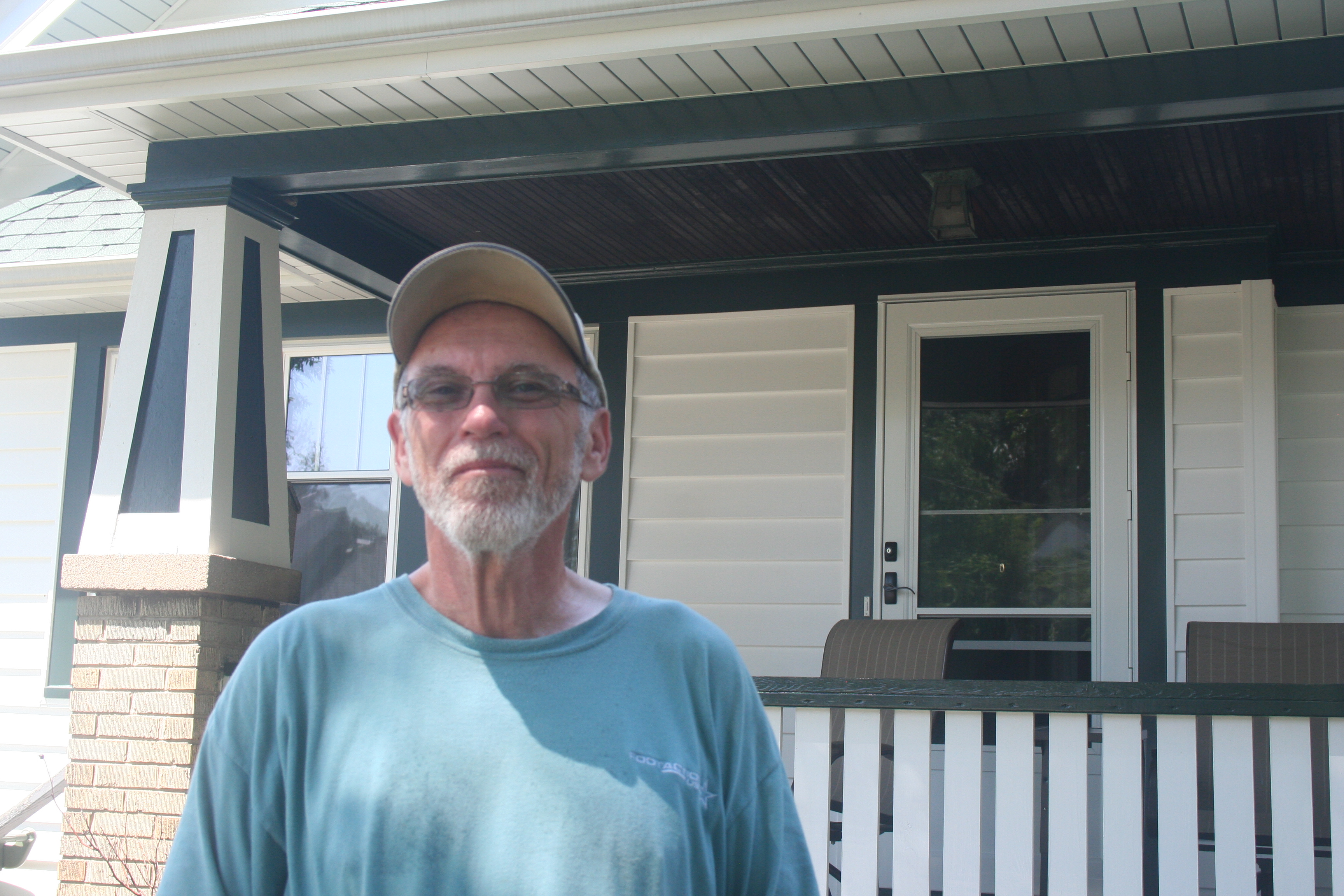 Robert Kebschull works on the yard of the house where he grew up in Milwaukee’s Bay View neighborhood.

The 63-year-old Kebschull said he decided to re-do the home he’s lived in off-and-on for 40 years after his parents passed away around 2007. “I’ve been working on it, doing a lot of stuff inside, outside… we’ll see what happens when I retire – whether I stay here or whether I move on.”

But, for now, Kebschull’s hope is simply to do a small part in helping to improve the neighborhood he grew up in. “I enjoyed my childhood years around this neighborhood, [the house is] in a little rough shape so I thought I’d bring it back to where it was,” he said. “I just wanted to feel good about the house. I had a lot of good memories there and maybe after I’m gone some other people could have some good memories in the house, too.”

Kebschull said he’s seen a lot of the families who used to live nearby when he was a kid pack up and move on. “People come and go,” he said. “It’s always hard but that’s part of life.”

Change isn’t all bad, though. Kebschull likes that, recently, he’s noticed more people walking around the neighborhood. “You know, you get to know people a little bit more rather than just waving when they go by in a car, you get to talk to them a little bit, see how their lives are going,” he said.

And Kebschull, himself, isn’t a stranger to change, either.

Kebschull, who graduated from Bay View High School, attended UW-Oshkosh and UWM before finally ending up at MATC taking night classes because that’s all he could afford. In the end, he says it worked out alright. “Got my foot in the door, got a good job, been doing that now for about 40 years.”

That job was at the Woolworth Corporation, one of the original pioneers of the “five-and-dime” store.

“Now, you would know us as Foot Locker,” said Kebschull who works in communications. “Keeps me up at night, sometimes. It’s a real 24/7 environment.”

Kebschull readily admits he still doesn’t really know what he wants to do. As a child, though, he wanted nothing more than to be a pilot. “I was just intrigued with airplanes, that’s all. I had an uncle that was in the Air Force – he had stories and stuff on him, so, you know, I was intrigued.”

Those dreams never materialized because of what Kebschull simply dismisses as “bad eyes.” But that doesn’t mean there aren’t still things that he wants to do.

Kebschull said, if given the chance again, he might have been a little more involved, gotten to know people a little better rather than being a “transient” when he was younger. Although, with the work Kebschull’s doing on his house and in his neighborhood, you might even say he’s making up for that, now. “In a way,” he said. “You know, you like to encourage people, you like to help them when you can so that’s what I’m about now.”

As for the future, Kebschull says he wants to travel, see some things and, maybe, find a few stories of his own. “We’ve got some amazing places here in the United States and I’ve hardly seen any of them. So, that’s on my to-do list – catch a few places that catch my imagination.”⬩