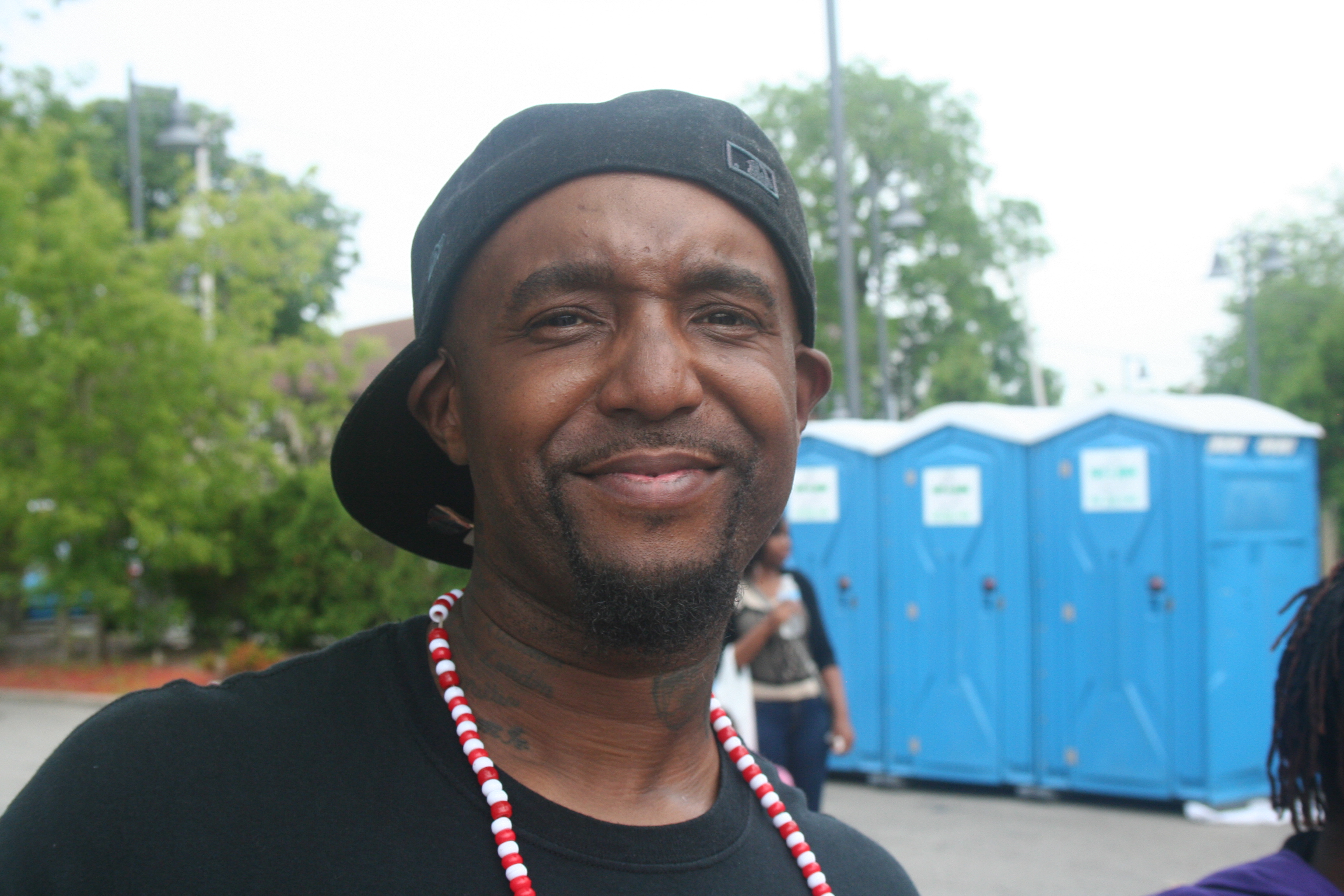 Ken Brown II grew up the oldest of four on Milwaukee’s north side.

The 32-year-old who attended Washington and Milwaukee High School of the Arts was brought up in a house that emphasized heritage. “I was involved with a lot of drumming, a lot of African culture,” he said.

Brown, who’s been drumming since he was 4, said they always used to play at Milwaukee festivals like Juneteenth Day and African World Fest.

Raised without a father, Brown became a role model for his siblings. He said he enjoyed being the oldest but he wishes that some things would have been different.

As many do, Brown ended up turning to the streets. Though he eventually graduated from the Ethan Allen School for Boys, a reform school in Delafield, Wisconsin, Brown ran into trouble with the law, landing in prison multiple times.

After serving an 18-month sentence, his last, Brown was released in 2010. But he’s seen the effects of his decisions ripple through the lives of his brother, who’s in prison, and his sisters, who have struggled with abusive relationships. “Now that I look at it with a clear mind, it’s frustrating,” he said.

Still, Brown sees a silver lining. He’s recently reached out to other drummers in the city to create a company that’s working with kids to help them connect to culture and music. “We’ve really been pushing African culture into the city and we’re focusing it around hip hop so younger people will be more drawn to it.”

“I had to go through the experiences that I went through – being in trouble with the law, gangs, violence, shootings – I had to do that,” said Brown. “I wouldn’t be able to reach out to these kids if I didn’t.”

Now, he’s working with Career Youth Development to build a full studio in their facility so his group can continue to teach classes, do music and reach more kids. And Brown, who’s finally doing what he always wanted, says if he could give one piece of advice it would be to stay focused on what you want.

“Stick with your dreams,” he said.

Did you find value in Ken’s story? If so, please subscribe to our newsletter; we publish the story of a different Milwaukeean every week.