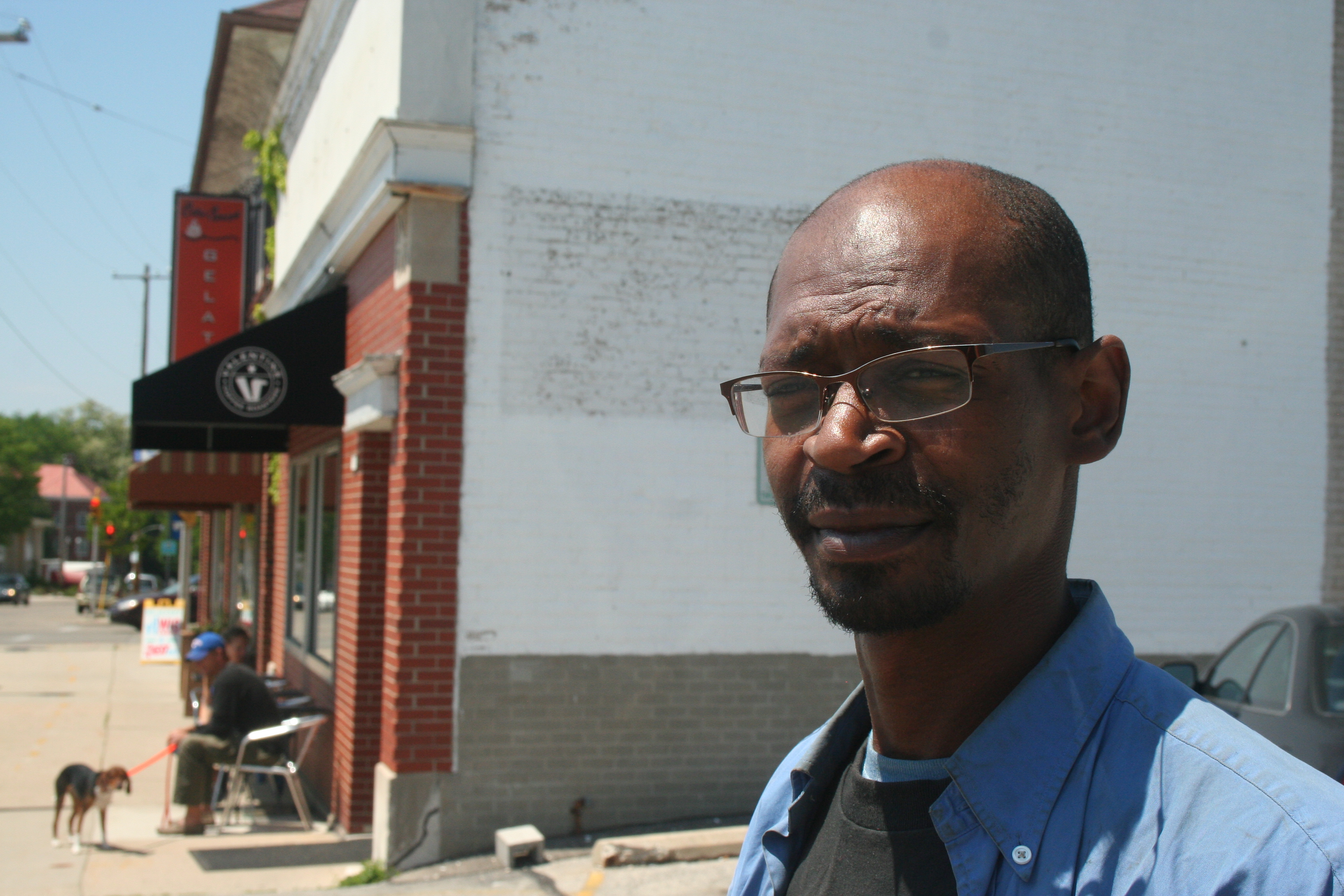 If you run into David Barnett, don’t be surprised if he stops to give you some change or listen to your latest struggle. Barnett believes, sometimes, for the universe to lend you a hand, you have to extend your hand first. “Oh, yes, I believe in karma,” he said. “I have to because that’s the only reason I’m here.”

Barnett, who grew up in the inner city around 35th and Capitol, 20th and Burleigh and a couple other spots, says he’s fortunate not to have fallen prey to the pressures that often affect young people in that kind of environment. “For [those places], it’s all about a show of strength and belonging to something,” he said. “For my neighborhood, felonies, prison time – that’s normal.”

But that never quite did it for David, a loner with a family that stressed education.

Every kid has role models growing up and Barnett’s were his parents and grandparents, who showed him the value of hard work and what it looked like. “That’s just their nature,” he said. “It’s a nature that I’m not upset I’ve got.”

When he was younger, Barnett wanted to be a biologist, carpenter and do research and development for electronics and robotics. “I wanted to be some of everything.”

And, in a way, he’s followed in the footsteps of his father, who was a roofer and mechanic, and his granddad, who worked as a machinist. “I’m a mechanically inclined person,” said Barnett, who described himself as a carpenter, roofer and mechanic.

Barnett said there are a lot of people who you can give directions on how to put something together and they’ll have no idea how to do it; he’s not one of those people.

“In my mind, I see this as a grid,” he says, pointing to the street and surrounding area. “You’re going to be able to tell that this is an open space because all you’ve got to do is listen to that car go by and you’ll hear the sound ricocheting off of this building, ricocheting off of that building.”

Building things and working with materials is something he was able to understand not only because of the time he had to himself but because he was also patient enough to discover. “There are people that can sit there and draw, paint, build because they also have patience,” he said. “And, then, you have people that want an immediate response. A lot of times, you don’t get that.”

How did Barnett end up following the path he’s on now? “To be honest with you, the biggest determining factor is ‘what do you choose to do?’ Either you’re going to go with what’s the standard for [the area he grew up in] or you’re going to go against it,” he said.

“It all really just boils down to: when you wake up in the morning, how do you look at the day?”

Did you find value in David’s story? If so, please subscribe to our newsletter; we publish the story of a different Milwaukeean every week.