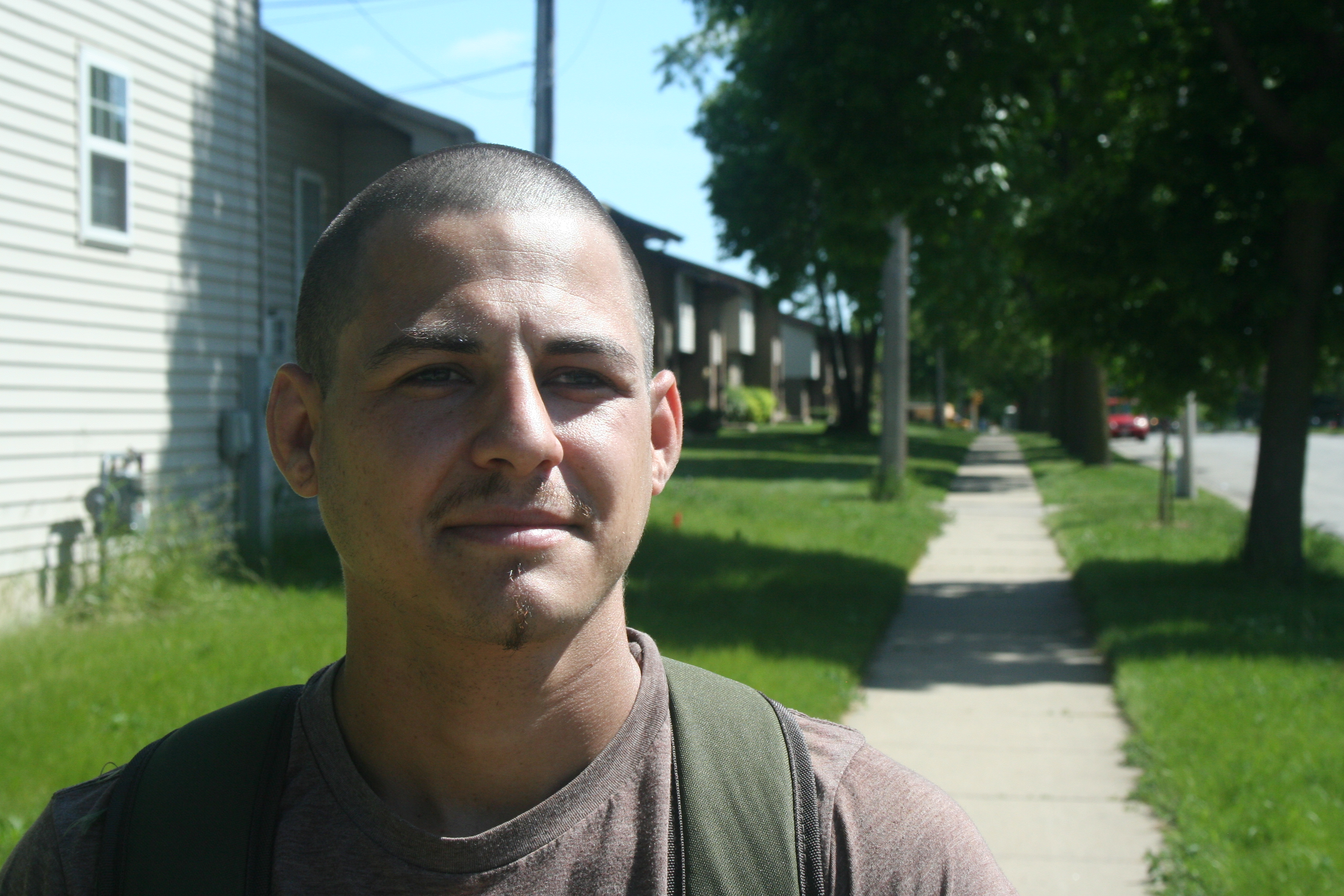 Eric Adamany knows that life doesn’t always turn out the way you expect. Adamany, who was born in Milwaukee, spent much of his childhood in Prairie du Chien after his parents decided to move.

He has fond memories of the small city in southwestern Wisconsin where he lifeguarded, trained horses and wrestled in high school, among other jobs and riding bikes with his three younger brothers. “We lived active lives, at least. We made our own fun.”

But, eventually, the small-town feel got to Adamany and he moved back to the city. At the time, he felt like he needed to be around more people but wasn’t sure exactly what he was after.

Now 28 years old, Adamany is in the midst of a court battle over a confrontation almost a year ago when he was involved in an exchange of gunfire while driving. Adamany, who held a concealed carry permit at the time and was working in construction, had just bought an Audi and was waiting to pick up his girlfriend when he said a car pulled up and started shooting at his car. Why? “They were trying to rob me,” says Adamany.

Reports of the incident conflict but Adamany maintains he acted in self defense and only continued pursuit because the 911 operator, who he was on the phone with at the time, asked him to follow the car and get the license plates. “I think, under the circumstances, I shouldn’t have been charged at all.”

But he was; first, with discharging a firearm from a vehicle and, then, first degree reckless endangerment while using a weapon, after the initial charge was dropped. If convicted, Adamany could face up to 12-and-a-half years in prison and a hefty fine.

Still, Adamany is hopeful. “Things are looking up,” he said. Apparently, information uncovered by his lawyer has the potential to swing the case in his favor. Looking back, though, Adamany wishes he would never have had a weapon on him in the first place. “I would’ve just rather been shot, honestly, than to go through all of this and be looking at incarceration.”

When asked how this experience has affected his life, Adamany said this incident, along with a couple disorderly conducts from his younger days, “definitely makes it harder to gain employment.”

“When people don’t know the whole story or they don’t know the true story, they don’t know. All they can judge is what they see on a piece of paper.” But Adamany acknowledges that, “your bed is what you make it,” and he understands how having him in a workplace might make other people uncomfortable.

After everything that’s happened, though, all Adamany wants is a little more security in his life, to be able to return to a routine and to see his kids, twins, who live with their mother now. “I want to find myself a good career – somewhere I fit in, a job that I can enjoy, that challenges me mentally as well as physically.

“You have to do the best you can with your situation and just make the best of it, keep a positive attitude and have faith that things will work out for the better and that you can reach the level of success you’re after and that life can be enjoyed, regardless.”

Did you find value in Eric’s story? If so, please subscribe to our newsletter; we publish the story of a different Milwaukeean every week.